Metadata and The Information War in Ukraine

Metadata and The Information War in Ukraine 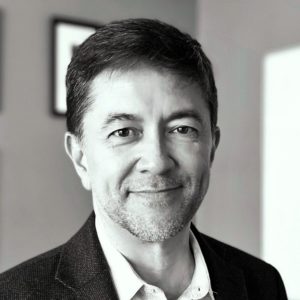 We researched the intersection of two subjects: metadata and the information war in Ukraine. The results were interesting, and sometimes very surprising.  How are these topics possibly related?

Any Ukrainian citizen will tell you that the capital of Ukraine is Kyiv (KEEV), not Kiev (KEE-ev).  Kiev is the old Russian spelling and pronunciation.

Obviously, spelling differences in metadata can impact search results for pictures or articles on a subject. But in a recent CMSWire article entitled ”Why Metadata Matters for Kyiv” , John Horodoski explains why it is so important for Ukraine to win this linguistic war. His points are summarized below:

This war of words can reach extremes. People on social media are making Reuben sandwiches with “Ukrainian dressing.” Bars and restaurants are serving “White Ukrainian” but not “Moscow Mule” cocktails. Absurd or not, these examples affirm Ukraine’s identity and are an indirect measure of the success of the KyivNotKiev campaign.

Images and videos on traditional and social media have played huge roles in influencing global public perceptions of a conflict. Memorable examples from recent history include the 1989 Tiananmen Square protest, the 2003-2011 Iraq war, and the 2010 Arab Spring.

As with these events, it is critical to sift through information and disinformation in the war in Ukraine to determine the facts of what is really going on. Analyzing the metadata in videos and images – including time stamps, geolocation, etc. – can help in this analysis. We found several examples where metadata analysis of content was extremely revealing.

Russian president Vladimir Putin claimed he was forced to invade Ukraine after accusing the Ukrainian government of genocide, aggression and Nazism.  Besides the fact that Russia had amassed over 190,000 troops on the Ukraine border over several months, an analysis of metadata reveals that Putin’s Ukraine war declaration was prerecorded 3 days prior to its release. His actions were scripted and premeditated.

The invasion was preceded by a torrent of disinformation from Russian intelligence services and separatists in Ukraine’s Donetsk region. These organizations released videos reportedly showing Ukrainian saboteurs in action and the evacuation of civilians due to these attacks. An analysis of the content and metadata showed that these were amateurish fakes and “false flag” operations.

More from the original articles:

‘Dumb and lazy’: flawed films of Ukrainian ‘attacks’ made by Russia’s ‘fake factory’ | The Guardian

There have also been examples of pro-Ukrainian viral videos that have not always proven to be true.

We would like to believe the defiant transmission by the guards, “Russian warship, go (bleep) yourself,” remains authentic.

As images and videos of burned Russian tanks and strikes on civilian targets began to appear, Russia tried to sow distrust in any content favoring Ukraine. They did so by spreading fake “fact-check” videos. “Fact-checkers” would post a video of war footage supposedly posted by Ukrainian sources and then refute the videos by claiming they found the original footage from a different date and source.

Forensic analysis of the metadata of the two videos, including creation date, editing software, video clip names and other information, showed that the two videos were created by duplicating a video and then editing a copy. Darren Linvill of Media Forensics Hub states “whoever crafted the debunking video created the fake and debunked it at the same time.”

With so much disinformation in the Ukraine conflict, trusted media outlets like the BBC sought to verify the most viral content. Similar to the examples above, a simple examination of the metadata in images could determine whether the location and time frame of the image could support the authenticity of the accompanying story.

More from the original articles on metadata and the information war in Ukraine:

In Ukraine Conflict, Fake Fact-Checks Are Being Used to Spread Disinformation | ProPublica

With the Russian government passing laws threatening anyone who shares “fake” information about the Ukraine “operation” with 15 years of prison time, Russian citizens and independent media have to be careful about the information they share.

But who would look guilty sharing a photo of Alpha-male, bare-chested Vladimir Putin?

Yet, buried in the image metadata are instructions in Russian and English on how to access news blocked by authorities in Russia.  The instructions detail how to poke holes in the new Russian iron curtain by using VPNs, mobile apps, the Tor browser, and other tools to bypass information blocks.  We will spare you from “shirtless Putin” here, but you can Google it.

Recently, horrible stories and images have come out of Bucha and other Ukrainian cities vacated by Russian forces. If proven true, these stories raise the stakes on the importance of sorting fact from fabrication in the information war in Ukraine.

Anyone consuming or commentating on information coming out of Ukraine would do well to follow recommended online sleuthing guidelines to spot fake or misleading footage on social media. The US Public Broadcasting Service (PBS) offers excellent advice in the article below, including how to perform simple metadata analysis.

If DIY sleuthing is too much, you can look to a phenomenon dubbed OSINT (outsourced intelligence), which is an online form of intelligence crowdsourcing. The war in Ukraine is just the latest case study of this phenomenon. Prominent sources with website and Twitter feeds include Bellingcat and The Intel Crab. The problem with crowdsourced or aggregated intelligence, however, is that you have to trust that the “crowd” or group administrators are doing a respectable job policing the results.

More articles on OSINT, metadata and the information war in Ukraine:

Framing the impact of metadata and the information war in Ukraine may seem like a cold and impersonal take on the conflict. But it does remind us that how we organize and classify information significantly impacts how users consume and gain insight from that information.

In our curation of articles on metadata analysis in the Ukraine war, we also realized that a lot of the documented work to fight disinformation was manual and could lend itself to automation using AI techniques.  Perhaps that is a topic for a future blog.

For our final thought, there is this to ponder. As we were running grammar and spell-checks for this blog, the Microsoft editor suggested that all incidences of “Kiev” be changed to “Kyiv.”  Only a small victory, but I think Ukrainians will take it.

If you have any thoughts or questions about this blog or Pureinsights technology and services, please feel free to CONTACT US.